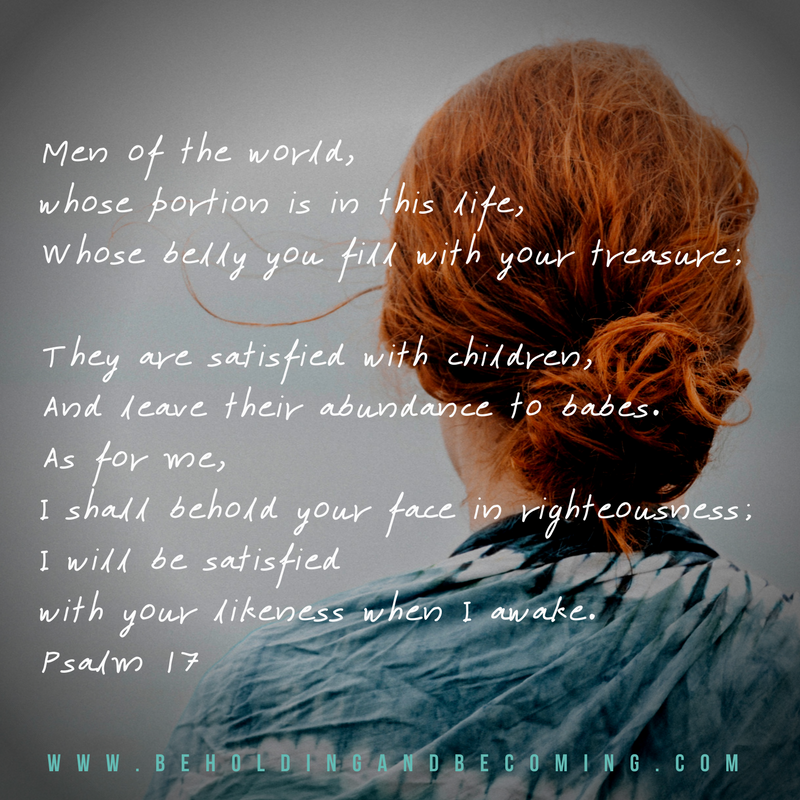 Whenever Mother's Day rolls around, I always get invited into at least a couple of conversations about how we can better minister to those who are single, dealing with infertility, or having lost a child.

There are a lot of perspectives out there, and I certainly can't represent all of them. Childless women all have different feelings and struggles. And their emotions may fluctuate from season to season on the topic. There's no sure-fire way to *not* offend or potentially wound. What is encouraging to one woman may be quite hurtful to another.

But I will say this one thing I know for certain. You can never go wrong with lovingly reminding the single woman, the childless woman, the grieving mother...that she is as valued and esteemed, and as vital to the ministry of the Lord, as the woman who has a house full of little ones. God never held up motherhood as "better than" or "more than" not having children. A woman's highest calling is to know and love Jesus, with or without children.

And if you're one of those women who has no children, and sometimes feel the awkward sting of it, know this. The primary means by which a mother pursues Christlikeness and spiritual growth is the same as it is for you. Her children don't draw her into a higher level of holiness. You are holy because of Jesus' shed blood on the cross. Both the mother and the childless woman are needed in the Church, and both will be sanctified as they live out their faith in a covenant community. You need the Church, and the Church needs you.

"In this time I learned the covenant I had made and was remaking every week was more eternal than any marriage covenant I might someday have with a husband. These brothers and sisters with whom I walked, lived, wept, prayed, praised and confronted were my eternal family. And I was getting to share life with them right now. I didn’t have to wait for some someday family to experience covenant. I was immersed in it right then. And, even more, this living, breathing organism, the Church, was just as single as I was, even if they were married on earth. We were all collectively waiting for our better Groom." (Lore Ferguson)

Rather than highlighting what is lacking, in Christ, we are able to have what's most important in common. Single, married with kids, married without kids, divorced, widowed. ALL are precious in his sight! I know it may seem unfortunate we don't have holidays to show our appreciation for all the various roles and titles. But that's OK. Those are really just earthly trappings and customs.

Every redeemed woman is ultimately known by her God-gifted titles:

Handle With Care | A Book Review

The "D's" of Christmas

Handle With Care | A Book Review

The "D's" of Christmas

A Call to Ministry

The darkness of grief